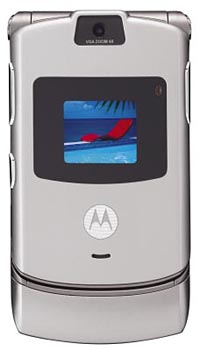 If you have a Motorola RAZR V3 in your pocket, you might have the nicest phone out there, but you certainly don’t have the most unique one. In fact, you now have the same phone as 50 million other phone owners.

Motorola has announced that they have now passed the 50 million milestone in sales since the RAZR V3 first came out in June 2004. That’s remarkable given that the model hasn’t changed in two years. There are, of course, variations on the phone, including the V3i and V3c, as well as the RAZR K1 which was approved by the FCC last week.

50 million units sold is quite amazing, but Motorola is no stranger to selling huge numbers of phones. In the 90s, the company sold 75 million StarTac handsets. That shows a couple of things: the company makes phones that people want, and they ride a wave for as long as they can.