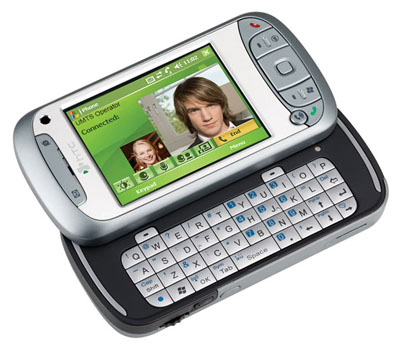 From U.K.-based Orange comes the announcement of a handful of new phones of the smartphone variety, including several with QWERTY keyboards, quad-band, and other goodies.

The one bound to be familiar to most is the Samsung i320, a 3G device that runs Windows Mobile 5.0 and sports a full QWERTY keyboard.

Samsung technology powers another offering, the SPV M3100, otherwise known as “Hermes.” This phone has a host of cutting-edge features, including a 2-megapixel camera, a slideout QWERTY keyboard, and 802.11b/g Wi-Fi. The big news with this one, however, is that it is both 3G and quad-band, meaning that you can take it just about anywhere you want to go.

Keep an eye out as well for the SPC C100, which, in addition to the by-now standard assortment of goodies like a camera and push email, sports the new Orange technology SIM+, which is basically a big bad SIM card that has a lot of memory. You can get one with 512MB right now, but wait a bit and you’ll probably be able to double that amount. You can also get this phone in a clamshell variety, which technically has a different model number but has the same specs otherwise.

No pricing or availability dates have been released.