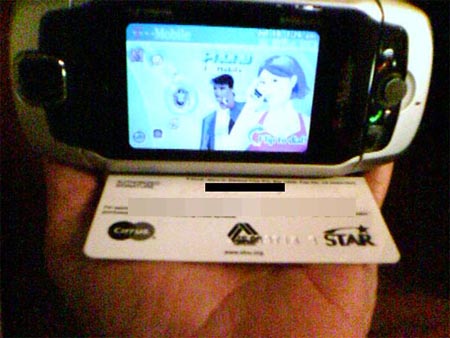 It’s been on the market for less than a month, and problems are already starting to pop up. Don’t get me wrong, the Sidekick 3 from T-Mobile is a worthy successor to the last generation IM’er, and the feature set will keep you interested and connected, but there’s one strange quirk. It turns out that the magnet housed in the Sidekick 3 is pretty strong. So strong, in fact, that it “obliterates the stored data” on credit cards.

Rumblings on the internet at this point, but “a couple guys” tested out the strength of the Sidekick 3’s magnet (which allows it to the that “cool flipping thing”) and found that it was strong enough to hold up a regular table knife or fork. That’s pretty powerful.

A nice thick wallet might be able to protect you from the potential disaster of having a de-magnetized card with no other way to pay for dinner, but in the meantime, I think it best you avoid putting your SK3 and credit cards too close together.