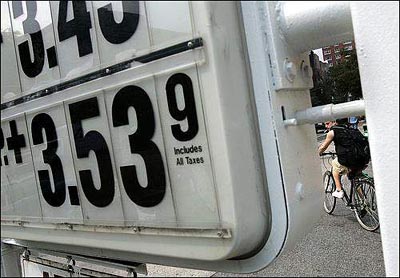 The way people are complaining about how high gas prices are, you would think that they would be slowing down on their consumption a bit. Turns out that that hasn’t been the case.

It has always rumored that $3 per gallon would be the threshold above which the economy would suffer and consumption would plummet, but data released by the Energy Department on Wednesday shows that that is just not so.

Despite the sharply higher prices, there were an average of 9.6 million barrels of gas sent to market per day over the last four months. That is actually 1.7% higher than what was shipped in the same period a year earlier.

The reason economists give for the absence of a crash in demand is that, even at these high levels, energy costs are still a small portion of the average American household budget. People can’t instantly change their habits, and the impact isn’t big enough to create an emergency correction, so people just buy gas at the higher prices and complain about it.