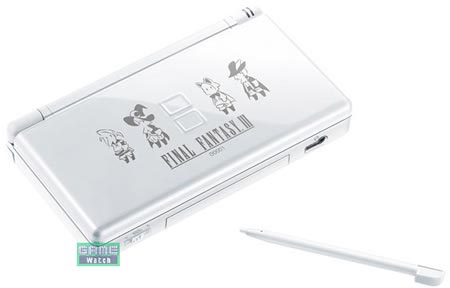 While us lowly North Americans have no choice but to try to pick up a Polar White Nintendo DS Lite (I bought one myself, and don’t get me wrong, I love it), the people of Japan have several other choices when it comes to Nintendo’s portable dual-screened gaming wonder.

From ice blue and enamel navy to noble pink and jet black, the Japanese public have plenty of choices. Well, they’re about to get another one, because the plan is to release a special-edition Final Fantasy III DS Lite to coincide with the RPG’s momentous release next month (side note: this is the first time that a Final Fantasy game has featured a touch screen interface).