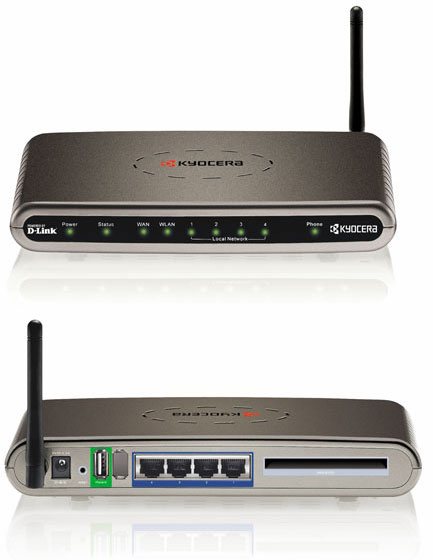 Kyocera Wireless just made it easier for Canadians to share with their friends. The company has released the KR1 Mobile Router in Canada, which will allow users to create a mobile Wi-Fi hotspot for multiple PCs. It is designed to utilize the EV-DO networks available in Canada.

As many as 20 computers can access the network connection via 802.11g or 802.11b Wi-Fi connections, or alternatively, though one of four 10/100 Ethernet ports. That means that a company can quickly and (relatively) inexpensively set up a working network with average speeds of 400-700 kbps and maximum speeds of 2.4 Mbps in a temporary or remote area without having to pay for multiple connections.

The router is fairly portable, measuring 21.5 x 13.5 x 2.3 cm and weighing just 453 grams. You can’t slip it into your pocket, but you won’t destroy your shoulder carrying it around in a briefcase, either. The Kyocera KR1 Mobile Router will be available through both Bell and Telus at prices starting at $249.99.