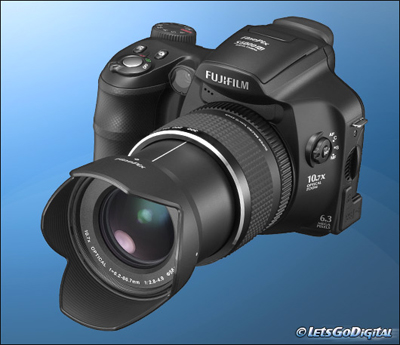 The buzz words in this news item are “Face Detection”. This is the DSLR camera for those of us who are somewhere between novice and expert, who want to shoot fast-moving objects, including people. If you’re like me, you like taking pictures of people who are moving. I like to photograph sporting events or kids at play, and still shots in those environments are rare.

One of the problems associated with shooting moving objects is that you want to get the face but you don’t always get what you want. Also, especially if you’re using an older generation of digital camera, the time between when you press the button and when the machine actually snaps the photo can seem interminable. Oftentimes when you’re photographing moving objects, you get the subject in the left half of the frame because you don’t compensate enough for its relative speed.

Fujifilm is here to help me and you. The FinePix S6500fd specializes in super-fast shooting and focusing. The company says the camera can identify up to 10 faces in a frame and automatically optimize the shooting settings to result in people who look like people and not blurs.

The super-fly speed is a boasting point as well, with the startup time of just 0.8 seconds, and a shutter lag of just 0.035 seconds. Both of those numbers beat most cameras on the market today.

At full resolution, the S6500fd can reach ISO 3200. You can also shoot 30 fps VGA movies. And with all that firepower at your disposal, you’ll be happy to know that the good folks at Fuji have included technology that fights like crazy to eliminate image blur.