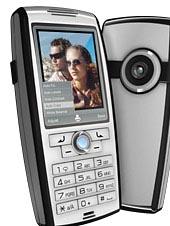 Possibly some good news for those who love taking pictures with their mobile phones: A software company out of Sweden has demonstrated technology that drastically reduces the amount of memory needed to handle higher-resolution photos on cameraphones.

Scalado calls the software “CAPS”, which stands for CAmera Phone Solution. The modestly titled application can, according to the company, use significantly less memory and process photos a heck of a lot faster than current phones. For example, a current 2MP cameraphone needs 12MB of free memory, whereas with CAPS, only 0.44MB is required.

That translates into less money needed to build the software in the first place, which means that cameraphone manufacturers need to spend less money than they normally would, and that they could pass those savings on to you, the consumer. Well, maybe that last part is a pipe dream.