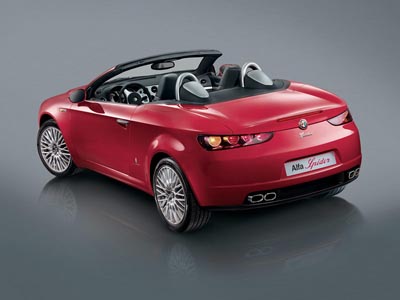 Alfa Romeo’s teasing flirtation with the U.S. continues. We now have the third potential date for their return to the market. Rumors were initially that they would be hitting American showrooms as soon as late 2007, then the date was bumped to sometime in 2010, Alfa Romeo’s 100th Anniversary. Now it looks like the cars will arrive some time in late 2009.

The first three cars heading our way will be the 159 sedan, the Brera coupe and the Spider convertible. All three vehicles are front-wheel drive and were designed with an eventual American return in mind.

Assuming those cars are received warmly, three more could cross the ocean, led by the Kamal concept, a compact SUV which could arrive in 2011. The Sprint, a replacement for the current Alfa Sud Sprint, is also a significant possibility. Both the Sprint and the Kamal have yet to receive final approval to enter production.