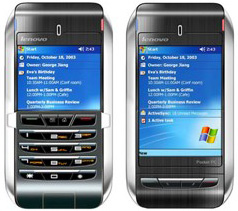 There are tons of bad guys out there, always out to steal the hippest new laptop or iPod from you, and in your paranoid state, sometimes you’re just not sure how best to protect your expensive gadget without resorting to leaving it at home (which kind of defeats the whole purpose of getting it in the first place). A new software-based solution has popped up on the market, Theft Alert v2.1, that automatically sends a thief’s contact number to you if and when your Pocket PC device is stolen.

Of course, if the crook just starts dialling and messaging away with your SIM still attached and manages to keep it charged so that it doesn’t have to reboot, you’re out of luck. But hey, Thief Alert v2.1 is only fifteen bucks, so it can’t hurt.