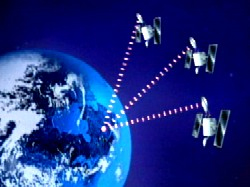 So much for deep dark secrets.

A group of American hackers have cracked the codes that were to be used by Galileo, the European GPS network that is struggling to be completed on time and on budget. Whether this is significant in the end remains to be seen.

According to a report in the most recent issue of GPS World magazine, a team from the GPS Laboratory at Cornell University used a computer algorithm to steal the codes that were keeping the orbiting satellite GIOVE-A (Galileo In-Orbit Validation Element-A) hidden from prying eyes.

GIOVE-A is the first of what will be a 30-satellite network, name Galileo, that will be launched over the skies of Europe by 2010. Galileo is projected to operate on the same frequency as the U.S. GPS network. Leaders of the U.S. and Europe have signed an agreement that stipulated that a handful of Galileo’s pseudo random number codes would be open source and that the GPS signals ultimately being emitted by the European satellites would be free. Galileo officials, however, had other ideas.

The plan is that Europeans who want to access the Galileo GPS data will have to pay a fee in order to do so. This is different than the arrangement in the U.S., where the only cost is that of the GPS receiver you buy.

The magazine contains not only the algorithm used to open up the satellite GPS codes but the codes themselves. For their part, leaders of the Galileo project insist that those codes aren’t the final ones anyway and so it doesn’t matter if the general public can access the GIOVE-A signals now.

The Cornell team insist that their actions were not illegal and that they were only trying to highlight an attempt by Galileo’s leaders to profit from what is essentially something they didn’t own, open source code. The Galileo team, for its part, insists that all codes will be made available eventually. Is this GPS-political spat the last word on the subject? Probably not. After all, it’s a few years yet until those Galileo satellites are orbiting Earth. That’s plenty of time for more secrecy and hacking.