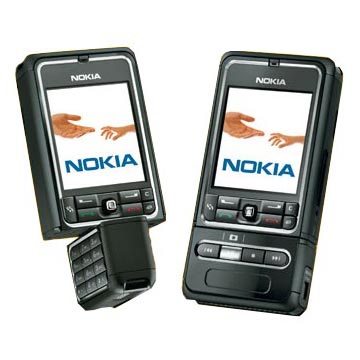 While the Walkman line from Sony Ericsson may be one of the most popular set of music-centric mobile phones on the market these days, the world’s largest cell phone maker isn’t exactly ready to play second fiddle.

Nokia is first in the world for a reason: Despite the fact that the 3250 Music Phone was only introduced in March 2006, they have already sold one million units. Quite a feat selling that many in less than four months, I must say.

Music format support includes the usual MP3 and WMA, as well as M4A, AAC, and eAAC+. But this phone is much more than a music machine. Not content with only doing the “pump up the jam” dance, the 3250 is a full fledged smartphone powered by Nokia’s own S60 3rd Edition software and Symbian OS v9.1. Key features on this incredibly popular rotating candybar include a 2 megapixel camera, microSD expansion, and FM radio.