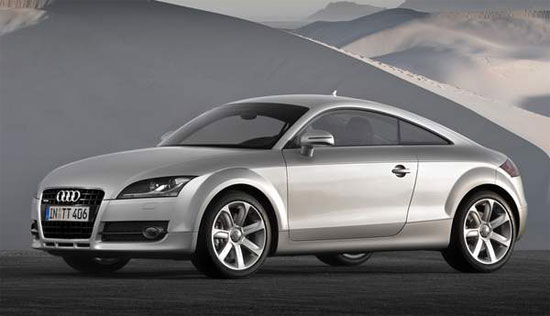 Love the Audi TT? Tired of filling up the tank so often? Not a problem next year. Audi will be making a diesel version of the Audi TT available starting in the 2008 model year later in 2007. There was originally going to be an optional diesel engine for the first generation TT, but it was never produced because the life cycle would have been too short to recoup the investment.

Audi has only said that there will be a diesel version, but they have not yet given details about which engine it will be. They are going to unveil the car at the same time that they unveil the new TT Roadster, which should be late this year, or early in the new year.

The diesel TT will have the same features as the new standard TT, including the spoiler which remains hidden until you hit 75 mph. It has the same Quattro all-wheel drive as the current TT.