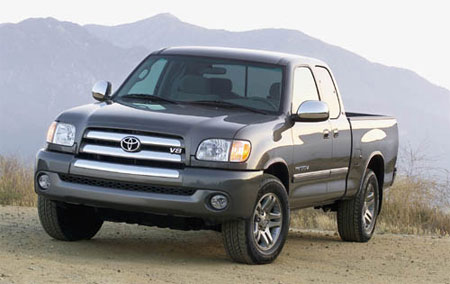 A ruling by the National Highway Traffic Safety Administration will end up costing Toyota millions. The car maker has to recall 160,000 Tundra pickups made between 2003 and last year. Each of the vehicles will have to have their front seat passenger airbag cut-off switch deactivated. The NHTSA requires every vehicle with a cut-off switch to also have a LATCH system, which is lower anchorages and tethers for children. It will be cheaper for Toyota to deactivate the switch than it will be to add the LATCH system. The change means that it will no longer be safe to put a child safety seat in the passenger seat of the vehicle because the airbag will always deploy when in an accident.

The voluntary recall will start when the parts are in place, which will likely be by September. There is no word on what it will cost Toyota, but an estimate figuring just labor costs adds up to $16 million. Toyota tried to have the regulation waived for the Tundra, but their efforts were rejected.