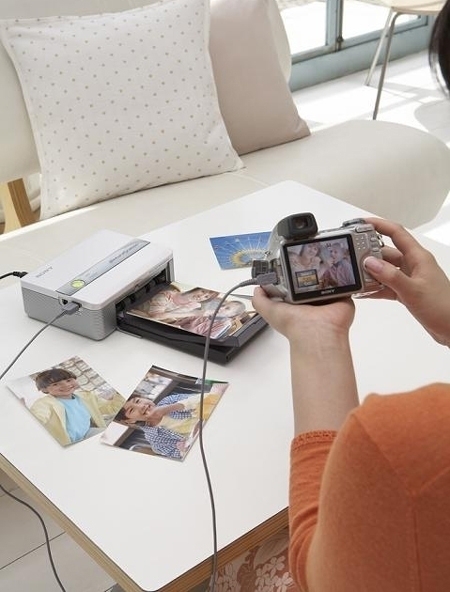 I don’t need to tell you that the trend in the world of electronics is to get small (or slim) or get out. We’ve seen the trend take the cell phone world by storm, with similarly small offerings being found in the digital camera and laptop realms as well. The same can be said about printers, which are also getting smaller and smaller.

It takes about a minute to print a postcard-sized photograph using the DPP-FP35, according to Sony, and you don’t even need to hook it up to a computer as an intermediary thanks to its PictBridge support.