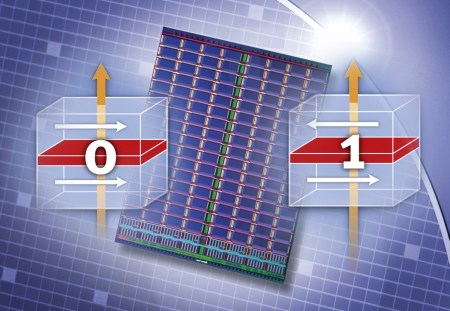 The American company Freescale has unveiled a magnetoresistive random access memory chip (MRAM) that it says is a vast improvement over current chips. If early tests are any indication, this just might be the case.

First and foremost, an MRAM chip holds information after the power to a device has been turned off. This is a vast improvement over today’s PCs especially, since you could conceivably store the computer’s operating system on an MRAM chip, meaning a faster startup.

MRAM chips have also been found to read and writer at faster speeds than today’s chips, and the normal data degradation has been found to be absent in those MRAM chips. In this way, MRAM is an improvement over flash memory.

It’s not just computers that will be powered by MRAM chips. Your portable MP3 player, digital camera, smartphone, and other mobile electronic devices can all take advantage of this new technology.

A handful of companies, including the giant IBM, have been pursuing MRAM technology. Freescale appears to have beaten them to market.