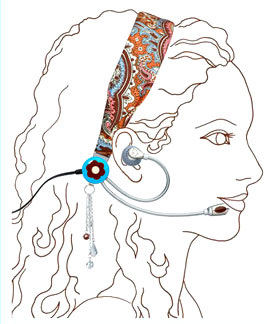 Facts and figures can often discount perceptions. Such is the case with women and gadgets.

The common perception of the consumer who buys an MP3 player and smartphone and portable DVD player, and mobile gaming device is, for most people, is a male. Although that has been the case for many years, it is true no longer. More than ever before, women are sporting handfuls of gadgets. And that handful isn’t just pretty in pink. The Motorola RAZR and a large handful of Hello Kitty gadgets are selling well, but they aren’t the end-all for a great many female consumers.

A recent study has found that of all the money spent on consumer electronics in 2005, just 54 percent was spent by men. That leaves 46 percent for the fairer sex, who are increasing their visibility as never before. Based on previous surveys, that percentage gap should narrow or even flip altogether in the next year or so.

One thing about women who love gadgets, though (and this shouldn’t surprise anyone, really): They might be impulse buyers, but they don’t always buy on impulse. Moreso than men, women research their purchases, evaluating brands and features for perhaps weeks, before initiating the final sale.

The study, done by NPD, also found that women are more attracted to portable devices than to stationary ones. Also, the mobile phone that has a camera and a music player and IM or Web browsing capability is much more popular with women, who appreciate the multitasking capabilities but more appreciate the idea that they don’t have to carry a handful of devices in order to do all the things they want to do on the go.

This increase in gadget use by women coincides with a rise in technological savviness by the mothers and wives who formerly left electronics to the men in their lives. The study found that in the past two years, Mother’s Day gifts increasingly included iPods, portable DVD players, mobile navigation devices, and even satellite radios. And, a recent study found that women made up a large percentage of those who enjoy mobile gaming—just another indicator of how much perceptions can change.

One of the most popular tech columnists on Yahoo these days is written by a woman. More and more DIY sites are focusing on women, with many written by women. One excellent example of the gadget-for-women idea is a line of headbands that double as headsets: Such a device appeals to a woman’s natural ability to blend form and function in stylish ways.

One word of warning to gadget advertisers: Don’t assume that your target audience is exclusively male; you might be alienating as much as half of your consumer base.