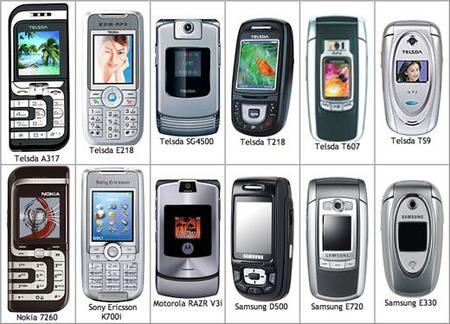 What do you do when you can’t come up with your own original design? You could hire a team of expert engineers and artists, getting them to toil away at R&D until a spark of genius erupts. Or you can just copy someone else and say that it’s yours. The latter seems to be the philosophy of Chinese phone maker Telsda. They’ve cloned not one, not two, but no fewer than six handsets from a number of popular handset manufacturers.

If we are to believe the “slim is in” mantra, then an obvious, er, template for Telsda is the Motorola RAZR. They’ve got one of those, complete with the color display and camera mounted on the front face, christening their version the Telsda T218.

Other key targets that the Chinese phonemaker has cloned include original offerings from Samsung, Sony Ericsson, and Nokia, the last of which has filed a lawsuit against Telsda for being ripped off.