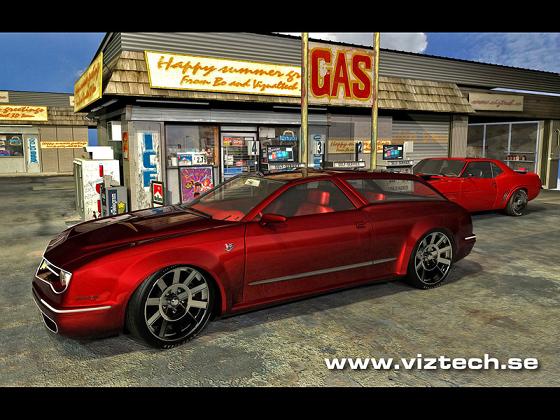 The classy gas guzzling Chrysler 300C has created quite the stir in the automotive industry, demonstrating to the public that an “American” automaker can create a high-class luxury vehicle that can compete with the best of them. The platform has thus far spawned two spinoffs — the Dodge Charger and the Dodge Magnum — and it appears that GM might be getting ready to target the latter with a “cool” wagon of their own.

In all likelihood, this future vehicle will fall under the Chevrolet umbrella and will be based on the next-generation Impala, but only with an extended cabin a la station wagon. These 3D renderings are far from being official company releases, as they are simply the doodles, so to speak, of the artists from Vizualtech of Sweden. In particular, the artist who completed the design is Bo Zolland.

The front end reminds me of the next-gen Camaro concept, providing a sporty touch to this potential Magnum killer.