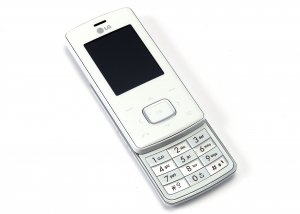 It seems that Korea’s second largest cell phone maker has more chocolate than the Easter bunny these days, because LG is set to make its trendy Chocolate phone available to more international markets during the third and fourth quarters of this year, and in more flavours.

Following in the success of the “regular” dark chocolate version of the sleek slider, which already has been translated to a GSM version for China and other markets, LG is set to launch white and pink versions of the phone to unspecified regions across the globe. Moreover, they plan on releasing “premium” Chocolate phones that sport slight variations on the popular design, as well as “enhanced technical specifications” before the year is out.

By expanding the range, they are “giving Chocolate even wider appeal,” said Excutive VP of Mobile Communications Jae Bae. Chocolate being an aphrodisiac doesn’t hurt either.