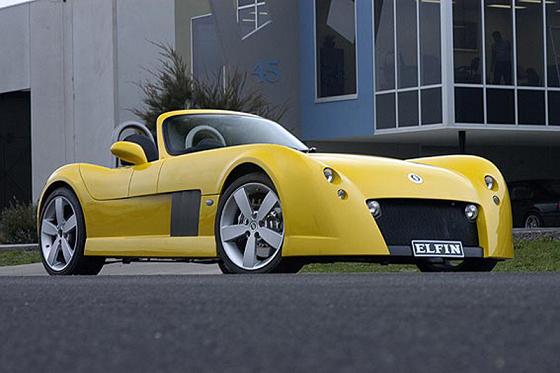 Whoever told you that Italians are the only people that can produce high-powered, exotic-looking supercars is completely wrong. We’ve already seen some interesting offerings from the Dutch and Germans, but now it seems that you can head down under for some spiffy rides as well. Elfin of Australia first unveiled their MS8 Streamliner roadster back in 2004, and after ironing out a few kinks, they’re finally ready to bring the open-top sports car to the market.

The original concept debuted at the 2004 Melbourne Motor Show, but it was met with problems regarding emissions and noise regulations — usually a second concern when it comes to making a high-powered vehicle, but a concern nonetheless. They’ve now resolved these issues, and are planning to head into (limited) production. Only 100 units are slated to be made with availability coming later this year.