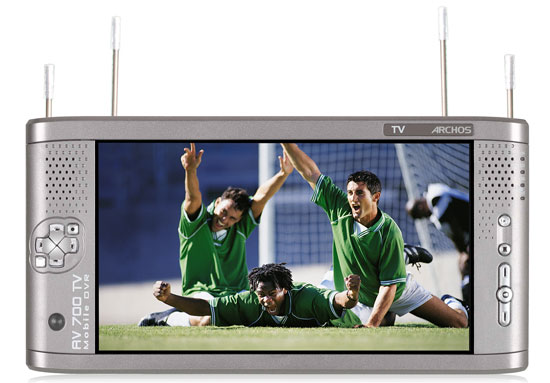 Archos has announced some of its future PMP plans, including the 30GB 504 which is said to rock WiFi, GPS, 3.5G cellular, and more. Internet TV on a portable device will soon be within our grasp.

Unlike other companies that refuse to tell us what’s going on, leaving us to come up with personal conjecture based on spy pics, Archos has gone on the record via their “investor kit” to outline their roadmap of future developments.

In addition to the 504, Archos is also telling us about the 700 TV (pictured). Over-the-air digital television is a definite possibility, including the popular Freeview format, thanks to the four antennas sprouting out the back. These may not all be attached to the unit itself, and may rather come as separate modules.