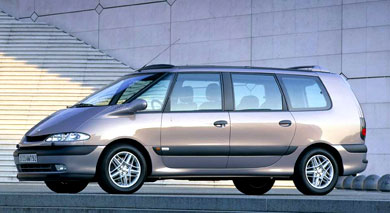 When you think about a drop-top roadster, you typically envision just that: a convertible two-seater that isn’t particularly practical but could be a blast to drive. The crew over at Top Gear, however, are “taking the can opener” to a whole new kind of vehicle. They’re attempting to take the roof off of the Renault Espace minivan, and in effect, make a convertible people-mover.

Jeremy Clarkson calls the Espace probably one of the best people movers in the industry, but he also mentions that it isn’t exactly something to be proud about. He says that it’s akin to saying, “Look! I’ve got syphilis: the best of the sexually transmitted diseases.”

After some complications, they manage to rip the roof off and say that it is “more fun to drive” than before, despite having no mechanical changes made. Making their ragtop roof, however, was quite the challenge. Check out the hillarious 16 minute video below to see how their project goes.