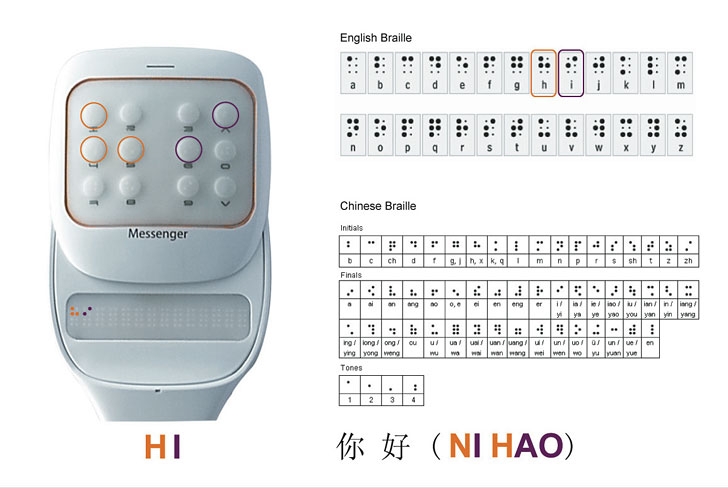 Samsung has always been quick to claim the world’s firsts, world’s thinnest, world’s biggest or world’s smallest title, but now they have another claim to fame. They can say that at least a few of their products are “excellent”, because the Touch Messenger Braille mobile phone has taken home the Gold at the Industrial Design Excellence Awards (IDEA).

Instead of being developed in their home Korea, the Touch Messenger was rather the creation of the Samsung’s Chinese wing based out of Shanghai. While TTY and similar solutions for the deaf have been on the market for ages, this innovative handset allows “blind users to send and receive Braille text messages.”

They want to reach out to every segment of the market, including the visually impaired. In this way, it is said that the Touch Messenger is in line with the company’s mantra of “human-oriented high-tech products.”