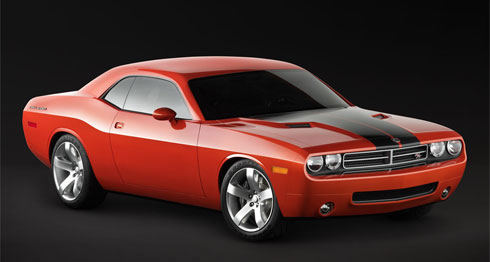 We learned over the weekend that the Dodge Challenger received the green light to head into production as a 2008 model, and now we have a little more information from the Chrysler Group concerning exactly how many they plan on building.

While Camaro production is being planned at a 100,000 units per annum, the automaker appears to be taking a more reserved approach with the Challenger, with word that they will only build in the neighbourhood of 30,000 of the sought after hot rod each year.

This is according to a recent report by the Globe and Mail of Canada. The plant that currently builds all Dodge Magnum, Charger, and 300C units – located in Brampton, Ontario – is also being charged with building the Challenger, which happens to be based on the same platform as the aforementioned three vehicles. This low volume approach is in sharp contrast to the strategy that Ford has taken with its Mustang: they made 192,000 of the pony car in 2005.