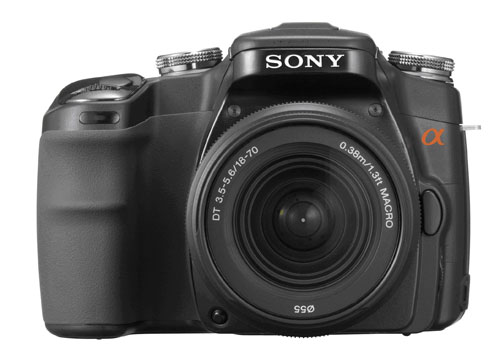 Some hardcore photographers may have been poised to celebrate the Fourth of July by heading out and buying a Sony A100, Sony’s first digital SLR camera, which was due to hit the shelves that day. They’ll have to find a new way to celebrate their independence, though, because the release has been delayed until July 17. Instead, eager consumers can reserve a camera of their own between now and the 17th.

Sony is aiming to grab as much as 15% of the rapidly growing digital SLR camera segment which is currently led by Canon and Nikon. It will be interesting to watch how successful they are. On one hand they have a powerful brand to leverage, but not in cameras. They also start way behind the market leaders. Also, the profit margins in the segment are juiciest for lenses and accessories, but those sales rely on buyers first having a camera to buy accessories for, so it will take a while for Sony to be able to capitalize. They will be ahead of Samsung, Fujifilm, Minolta and others who are also eyeing the market, though.