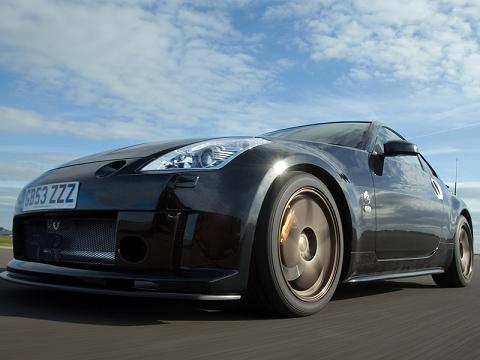 The Nissan Z-series of vehicles has a long history of being some of the sportiest, best performing coupes on the market. The current generation houses a 3.5L engine and as such is dubbed the 350Z. It is already one of the most popular platforms for tuners, but if you want more “umph” out of the factory, the team at Nissan may have a “highly tuned” gift for you by 2007. There is a possibility that they’re throwing in a supercharger, along with a whole lot of other go-fast goodies.

The plain Jane 350Z will likely still be offered, but for more hardcore enthusiasts, Nissan is said to planning a “GT-S” version (not quite the legendary GT-R, but close enough for the time being) of the sports coupe. This “performance-focused” vehicle will get a substantial “power hike”, as well as a “substantially modified chassis.”

That’s not to say that this is a fully prepped race car. According to Communications Director Wayne Bruce, they wanted to create “a weekend workhorse” for your daily commute and a “weekend warrior” for hitting up the track, all “in one distinctive package”. No confirmation just yet, but we can keep our fingers crossed.