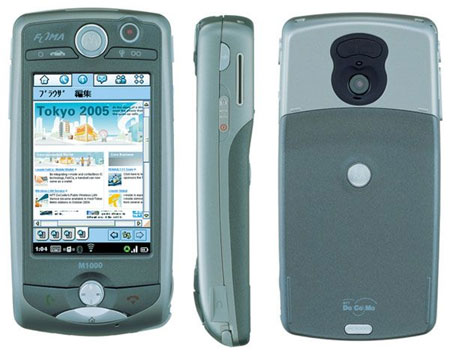 Some people may not like Motorola handsets because of their user interface, or they may have problems with the Mobile Phone Tools software package. Well, Motorola haters now have another reason to exchew the big M because NTT DoCoMo has publicly announced problems with the FOMA M1000, but at least they’re trying to offer some solutions.

The more basic issue that has been brought to their attention is that when the smartphone is set to “self mode”, there is a tendency for the handset to get its battery drained incredibly quickly. They didn’t offer a solution to this, so I guess DoCoMo subscribers should just make sure they don’t turn on “self mode” for extended periods of time.

The bigger problem, however, is that the “terminal” can become unstable when data is being sent or recieved, whether through “packet transmission, 64k data communication, [or] SMS sending and receiving.” It appears that the phone “accumulates” the internal data, perhaps overwhelming the system with a lack of resources and forcing a restart. DoCoMo is offering a file cleaner application to rectify this situation, though.