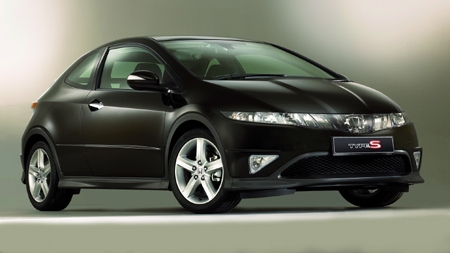 While the Civic sedan may be popular among families for its practicality, and the coupe may be a hit with tuners for its sleek look, ask any weekend racer what form factor is the best for hitting up the track and the answer will inevitably be the hatchback. The hatchback was notably missing from the latest generation of Civics when it launched last year, but Honda UK has heard your cries and made the 3-Door official. Time to hit up the track!

The official announcement places the 3-Door hatchback with Type S badging, which would make you think that this thing would come with some rather beefy internals. It’s a little sad to hear that it runs on a mere 140 horses, either from a 1.8L i-VTEC or a 2.2L diesel. The sporty image is clearly intact, however, complete with a six-speed manual transmission, aluminium pedals, and a set of 17-inch wheels. The petrol-powered version is also available with Honda’s i-SHIFT automated manual gearbox.

Opt for the GT trim on the Civic Type S and you’ll get a bunch of other cool stuff like dual-zone air conditioning, cruise control, and a panoramic glass roof. Look for the Civic Type S 3-door to go on sale in January, with a 200hp Type R following in March. Unfortunately, both hot hatches don’t seem destined for North America anytime soon.