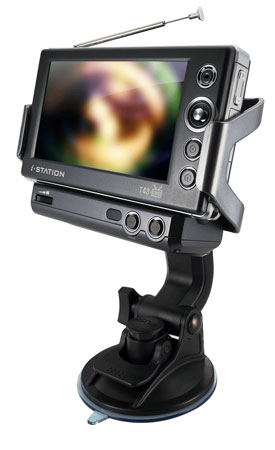 Another day, another Korean-bound product that we’ll never see on our side of the pond, especially given that it has that big obvious antenna sticking out the side. The T43 series, or “i-Station”, is the latest personal media player to hit the Korean market and as you can probably tell, it does the DMB dance with the best of them.

They proudly exclaim that the T43 rocks a fresh and intuitive (Flash-based?) user interface, which is always a good thing. It looks very similar to the V43 model that they announced just a year ago, but now have tossed in the DMB. In addition to the usual music and movie playing stuff (including DAB) on its 4.3-inch widecreen LCD, the i-Station also packs in a few PDA functions like a scheduler, calculator, and notepad. Its powered by the AMD Alchemy au1500 500mhz

It even seems to pack GPS into the mix. When placed in the GPS cradle, navigation can begin, or you can play back your audio or videos through the cradles dual speakers. They also have a home dock for you to record your shows and take them with you on the go.

Dreams of T-DMB have been rampant in North America, so just keep dreaming. More pics at i-Station’s website. 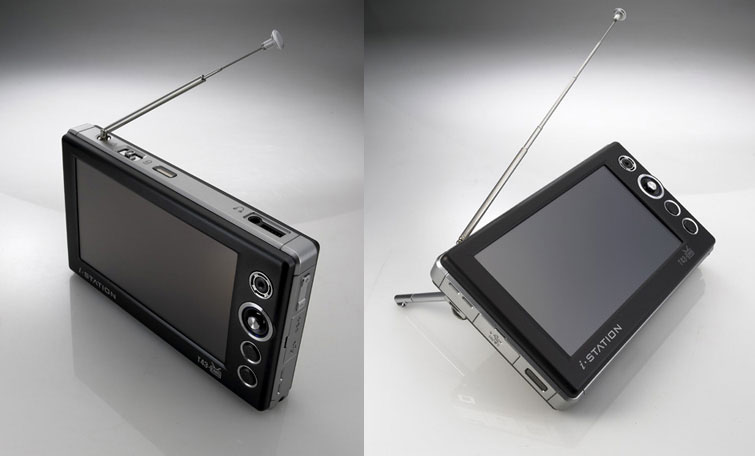