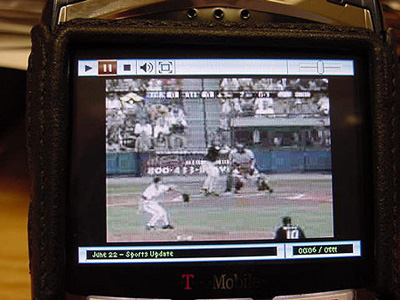 Sona’s Media Player is available in a Beta version for both the 7130 and the 8700. Though it brings much needed video streaming capability to the devices, initial reports of performance are, at best, mixed. The picture quality gets various grades, but the biggest concern by far is that it takes about 4 minutes to download a 90 second video, and the device is noticeably slower during that time. That’s practically dial-up performance. Before we can get too excited about watching video on our BlackBerry, that number will have to get a whole lot shorter.