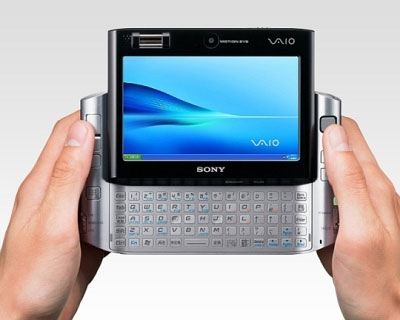 When the newest Sony Vaio U notebook hits the shelves next week, it won’t be sporting a hard drive. It will be one of the first notebooks to replace magnetic storage with flash memory. The announcement comes after Samsung announced that they would be putting flash into the Q30 laptop and Q1 UMPC. Unlike the Samsung which offers 32GB, though, the Sony UX90 will sport just 16GB of storage. That’s down from 30GB in the original model.

It will be interesting to watch how the market responds to these machines. On one hand they are silent, lighter, faster and more power efficient than hard drives. On the other hand, the cost per gigabyte of flash is significantly higher than it is for hard drives. The UX90, for example, will cost about $1805, which is $345 more than the same computer with a hard drive with almost twice as much capacity. The UX90 will be available in Japan starting on July 3.