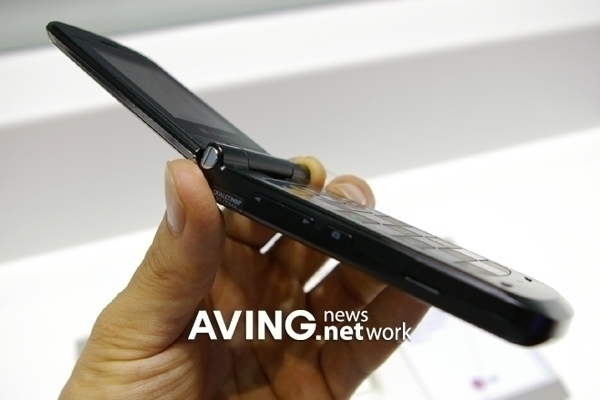 Following up on the success of the Chocolate phone, both domestically and now abroad, LG is hoping to continue the trend set by the “Cyon” namesake with a whole new offering. The LV2300 prototype flip phone takes on the same sleek black exterior as the Chocolate but adds the popular slim clamshell form factor found on the Blade and RAZR.

No official specs have been released other than the announcement that it will have a built-in MP3 player for music jamming on the go, as well as have external “hot keys” on the outside cover to do the usual music controlling things like skipping to the next track and turning up the volume. It appears that these buttons will blend seamlessly into the top cover, based on the picture.

The external display appears to be a full color unit (and yes, the internal one too). The camera also features quite prominently at an unspecified resolution, though I can’t see a flash involved. Stay tuned for more deets on this 15mm thick handset as they become available.