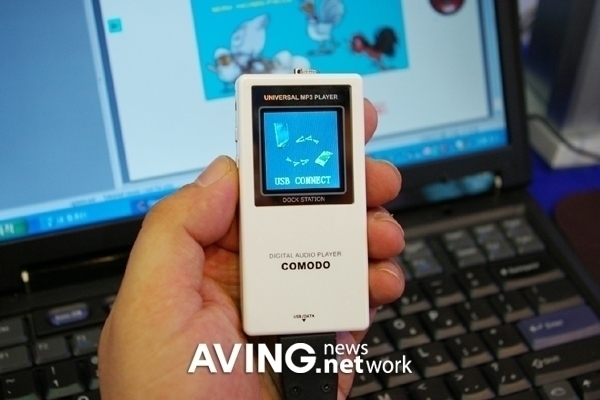 Finding a cell phone that doubles as an MP3 player or PDA is nothing out of the ordinary, but now it seems that the whole concept of “convergence devices” is taking an about-turn and heading in an equal but opposite direction. The new MPEG 4 player from our little known buddies from NTI Comodo (not be confused with NTT DoCoMo) is a handy little media player will do the usual music and video thing on its 1.5-inch screen, but according to the manufacturer, it can do a whole lot more.

Not only can you listen to streaming music, but this player can also let you set up and participate in a web cam chat session with your crew half way across the globe, and “set up your own music station with auto sync service”. On top of all of that, this MPEG 4 player is also capable of the performing the VoIP dance using “opencast”.

The catch, however, is that for any of the above named functionality (with the exception of the usual portable music playing thing), you have to connect this player to a PC, which makes me wonder: Isn’t the PC doing the bulk of the work, then?