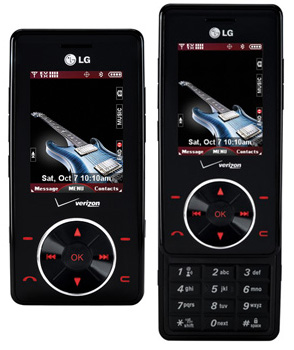 While the GSM version of LG’s popular chocolate phone has already started popping up in the United States via gray market importing means, we have yet to see the sleekly deisgned handset make an official foray on this side of the Pacific. All of that is about to change, it seems, because Verizon Wireless appears to be on the cusp of ironing out a deal to bring the LG VX8500, a slight variant to the original Chocolate phone, to an excited American public.

Word is that Verizon plans on releasing the black and red phone as a flagship unit. The changes to the original included a switch from the square to a circular directional control (much like so many other musicphones in the market). Other key features that are rumored include a 1.3 megapixel camera, EV-DO high speed data, and microSD for expansion.

Pricing is still up in the air, but the current best prediction is an October launch, by which time LG will likely release something much juicier in its home Korea.