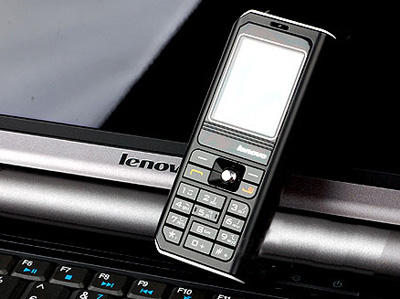 The much anticipated Superman Returns film opens in just two days, but I’m surprised that there aren’t as many tie-in products trying to cash in on the franchise as several other summer blockbusters that have come and gone. Sure, there’s already a laptop out there clad with a big red S, but the cell phone market is still without a superphone, if you will. Not anymore, because Lenovo of China, better known for their ThinkPad line of laptops, is leaping over buildings in a single bound with the Superman special edition i750 candybar.

Based on appearances alone, I don’t see how this handset bears any resemblance to Clark Kent’s alter-ego, but the co-branded phone is said to come bundled with “a cornucopia of forgettable Superman-themed trinkets”, according to Engadget Mobile.

The features on this phone aren’t particularly “super”, however. You’ll get a tri-band GSM candybar with a 220 x 176 pixel color display and a 1.3 megapixel camera. We also find a miniSD slot for expansion and a TV-out, so it should be able to do the portable video thing.

If you happen to be strolling down the streets of Shanghai in the next few days, you can pick up the Superman-esque Lenovo i750 for about the equivalent of $190 USD.