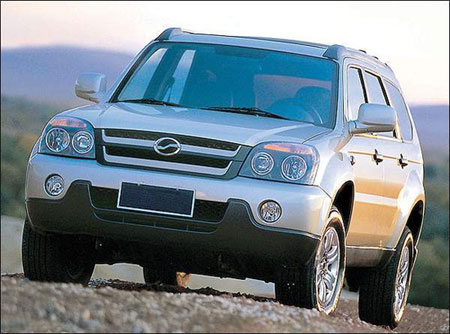 One of the world’s fastest growing markets is China, both in terms of consumer consumption and production. It still take many years before Chinese-made vehicles can build up the same bulletproof reputation that Japanese automakers — like Toyota — worked so hard to earn, but they are certainly ready to give it a try.

Joining the ranks of Chery Automobile and Geely Automobile Company, Hebei Zhongzing is a Chinese carmaker that wants to not only start selling its products in North America, but wants to make a big splash doing it… like an SUV-sized splash.

Hebei Zhongzing isn’t going to be the name you’ll see at the dealership, however. Instead, China America Automotive Inc. has a subsidiary that goes by “ZX Automobile Co. of North America”. It is under the ZX banner that Hebei Zhongzing-made sport utilities and pickup trucks will be sold when they unleash their fleet in late 2007, if not earlier.

It’s an uphill climb for the small company, however. At this time, Hebei Zhongzing produces fewer than 8,000 vehicles a year, and none of their current lineup is in line with US emissions and safety standards.