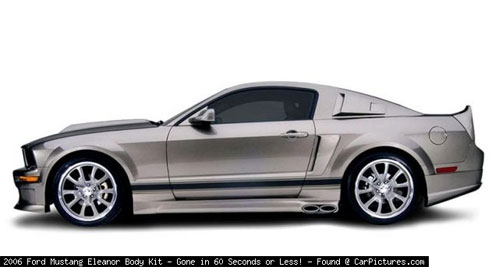 CEO quiz: What would you do if you were head of Ford and you only had one car, the Mustang, that consumers actually care about? The correct answer, apparently, is to ride it for all that it is worth. The financially troubled company has announced that there will be new product content every year for the Mustang and that Carroll Shelby will work on every model year. To keep people interested, the company has hinted that a 600+ horsepower Mustang is very possible. Shelby himself said that it would be “very easy” to drop more than 600 horsepower into the car while still being able to offer the 50,000 mile warranty. Shelby also mentioned that an all-new Mustang will see the light in 2009.

Ford’s moves are part of a war with GM, another company struggling mightily but using a muscle car to prove that they still have game. Rumors are that GM mat drop a Corvette Z06 engine into a Camaro, which would up the horsepower ante significantly.