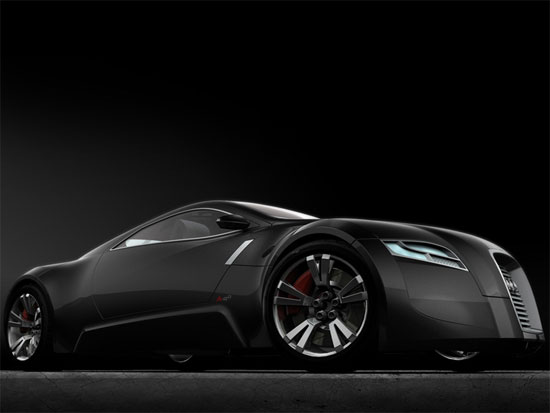 The Audi R-Zero concept bares a striking resemblence to the Audi TT, Nissan 350Z, and Infiniti G35 coupe. A project that has come out of the International School of Design in France, more specifically transportation designer Franck Levivier and digital designers Remi Marchand and Pierre-Olivier Wagner.

Based on exterior design alone, you would expect that such a concept would involve a V6 (or bigger) engine with a huge displacement and outrageous horsepower numbers. Instead, the designers envision the R-Zero being “powered by an electric motor yet offer a supercar level of performance.”

To be able to generate the 800 volts of output and rocket around the test track, the R-Zero is said to deploy around 1,200 kilos (about 2,645 pounds) of “high-tech lithium-ion batteries” and a quad of engines weighing 85 kilograms (187 pounds) in total. Add in the chassis, the interior, body panelling, and all that and you have yourself a rather porky sportscar, no?