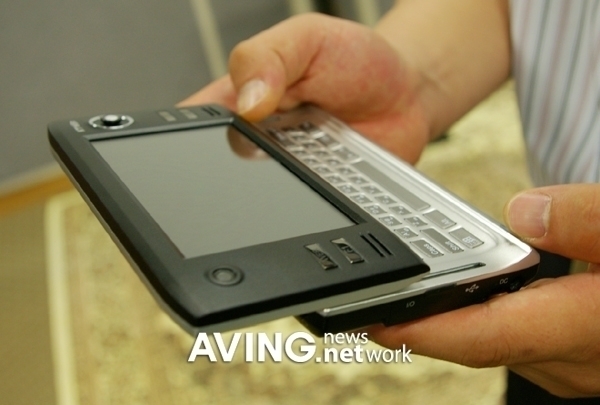 Microsoft’s Origami Project didn’t quite make as big a splash in the marketplace as people first predicted, and that could largely be due to the higher price tag than expected. The jury is still out on Sony’s UMPC-like Vaio with the slide-out keyboard, but if you want to go even smaller than the 7-inch screen found on those devices, then you should have a nice long look at the WiBro-enabled 4.3-incher coming out of Sodiff’s camp.

My assumption is that this unnamed super-ultraportable device won’t have full PC functionality like how you’d expect from a tablet PC, notebook, or similar device. Instead, it may fit in a little better among the Sidekicks of the world. According to AVING, Sodiff’s WiBro device can be used for surfing the ‘net, chatting on IM, and shooting off pertinent (and not so pertinent) emails. There is an integrated 2 megapixel camera and FM radio tuner, as well as the ability to do video conferencing, watch IPTV, and enjoy audio/video playback.

No word on pricing, but Sodiff’s WiBro gadget expected to launch in November… but probably not on our shores.