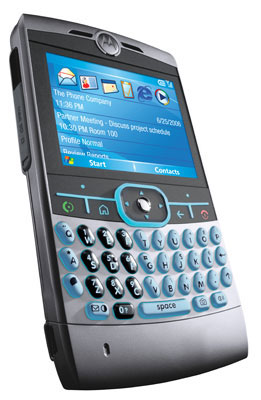 Think back… way back to when the first inklings surrounding the Motorola Q began to emerge on the blogosphere and how everyone was drooling on the rumoured featured set. After waiting for far too long, when the Q finally hit Verizon and Telus a couple weeks ago, the spec sheet didn’t seem all that appealing anymore.

Specifically, several people were upset that the CDMA version of the Q didn’t have any Wi-Fi connectivity. If you can wait until the end of the year, however, it’s said that the GSM rendition WILL have Wi-Fi, as well as HSDPA to boot. Portable high-speed data never tasted so sweet, especially considering they skipped the UMTS altogether to opt for 3.5G HSDPA.

According to Italy’s Cellulare Magazine, the world’s thinnest smartphone (for now, until Samsung makes an attempt to claim that title as well) should be available as a quad-band GSM unit by the time Santa Claus makes his rounds, though the HSDPA bit probably won’t work in North America right away.