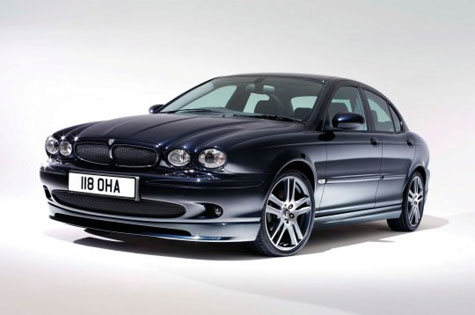 Every day someone else releases a list of the best cars, or the fastest cars, or the nicest SUVs, or the most expensive cars, or something. Business Week has taken a different and refreshing approach. They have released their list of the Wimpiest Cars of 2006. Topping the list is the Jaguar X-Type. The complaints they have are that the 227 horsepower under the hood are under-utilized, the handling is soft like spaghetti and the interior is functional instead of stunning.

The rest of the list is made up, and split evenly between foreign and domestic underachievers. American rides which need to pop some spinach are the Chevrolet Malibu, Lincoln Zephyr, Buick Terraza, Chrysler Sebring and the Ford Ranger, which they say was a great vehicle years but hasn’t changed and improved since then. The other foreign cars on the list are the Mitsubishi Montero, Hyundai Tiburon, Suzuki Forenza and the current U.S. model of the VW Golf, which has gone unchanged for so long that it hardly compares to cars at the bottom of the hatchback market.