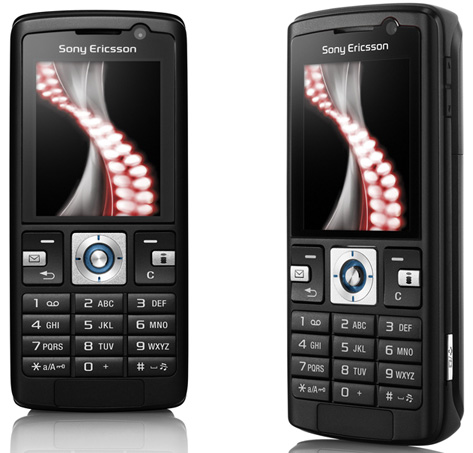 That new button on the Sony Ericsson keypad signals the beginning of a new era for the mobile phone giant. The small letter i stands for i-mode, and it marks Sony Ericsson’s joining of the wildly popular mobile Internet standard started by DoCoMo at the end of the last century.

The folks at NTT are said to have 50 million i-mode subscribers to date, and the advent of Sony Ericsson i-mode phones will no doubt drive that number higher rather quickly.

The i-mode functionality is first and foremost a slick new way to access the Internet and your email, in the latter case using push technology. The “packet-switched” (always-on) i-mode offerings also include such familiar Web-based services as mobile games, sports scores, weather forecasts, and even booking of event tickets.

This new phone, the K610im, is a GSM/UMTS number with a rather advanced 2-megapixel camera and the by-now standard features of a speakerphone, USB attachment, and Bluetooth hands-free headset capability. Interesting extras include support for 3D games and for four kinds of music files.

With all that going on, you’d expect to find lots of memory to store all those photos and audio files and games on. This phone does not disappoint in that regard, offering support for up to 1GB memory sticks, in the M2 format.

It’s not a clamshell, as many earlier i-mode phones have been. But it does have those easy-to-access i-mode and email buttons and rather large keys on the keypad, making it easy to use the exciting new functions.

Will Sony Ericsson go for i-mode whole hog? That remains to be seen. For now, it’s an auspicious debut.