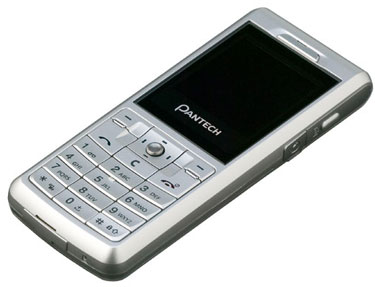 Samsung and LG better watch their tails, because Pantech Group is on the rise and they’re ready to attack the market with innovative cell phones that actually sell. The Korean-based phone maker recently hit a major milestone: they have sold a million units of the PG-1400. This is the first phone coming out of Pantech that has broken that magic number.

The slim candybar first hit the marketplace last August, being peddled in such countries as Mexico, Argentina, Russia and China. The linked article from Telecoms Korea is a little confusing, however.

They report that 300,000 units were sold by December 2005, with sales reaching 600,000 this month. That’s only a little over halfway to seven digits, but in the next sentence, they report that “sales exceeded one million units for 10 months since it was released in the markets.” Am I to assume that I should be adding 300k and 600k, plus an extra 100k somewhere lost in the mix?

Update: Pantech has notified us that the PG-1400 is not the first handset by Pantech to break a million – other units being sold under an Original Design Manufacturer (ODM) have broken this milestone.