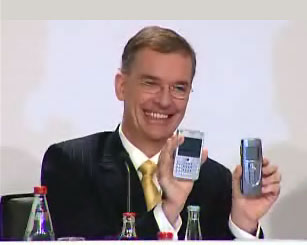 Maybe it’s just me, but it seems like Siemens AG, based out of Germany, is making friends with just about everyone on the block these days. We already get a number of products via the Fujitsu-Siemens conglomerate, as well as some rather hot looking handsets via BenQ-Siemens. In what may be the biggest deal to date, Siemens has inked a deal with world’s biggest cell phone maker Nokia. They’re saying that ownership of this joint venture will be split “evenly”.

Although they’re reporting that by combining the two companies, they will hold more than half of the market share, you have to assume that a lion’s share of that belongs to Finland’s Nokia to start with. As such, it comes as little surprise that Nokia-Siemens (I’m assuming that’s what they’ll be called) will be based out of Finland, and will be headed by a Nokia exec.

The deal, valued at over $32 billion USD, is designed to save on “excessive research and development expenses.” In fact, they’re saying that this merger will save the companies over $1.5 billion each year. 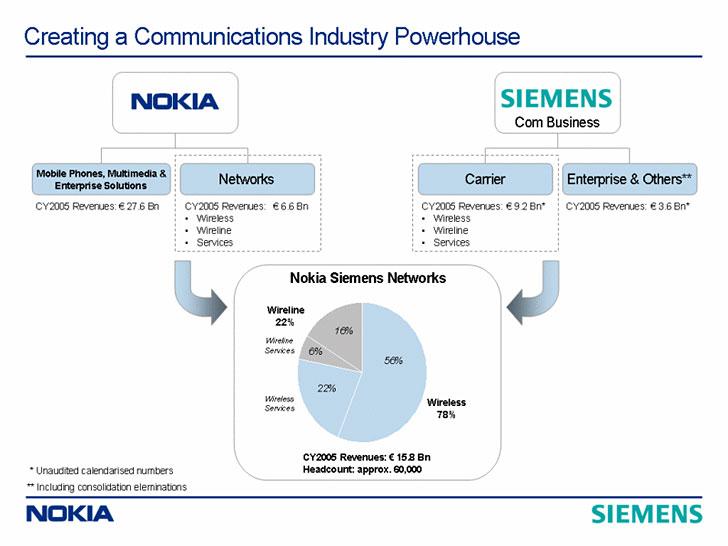