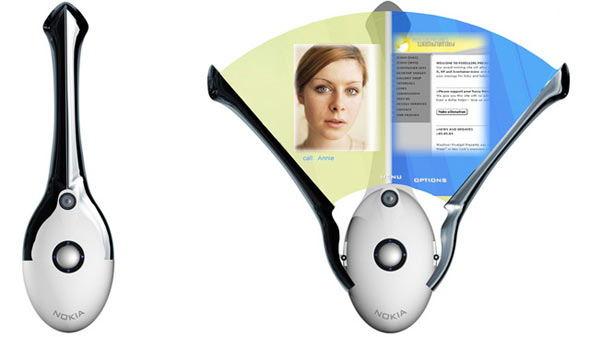 As if Nokia wasn’t busy enough today with an announced merger with Siemens and the unveiling of five new handsets, here’s an oddity for you to muse over.

I suppose it’s only fitting that the site breaking this news is called SCI FI Tech, since I don’t foresee the Nokia Open concept phone hitting the market any time soon. You’ll never look at geisha girls quite the same way again when they do their little dance, because this latest design from Hugo Danti is a skinny phone that opens up to reveal a “scrollable touch screen” like a fan.

I guess with so many tech houses working on flexible e-paper these days, it’s not completely far fetched to have a dynamic, foldable display, but I can’t imagine that actually becoming a reality, let alone a touch screen version for cell phones, within the next couple of years. This mystical display would present you with buttons and menu options (like how you would find on a PDA phone, for example), but it seems like one-handed control is completely out of the question.