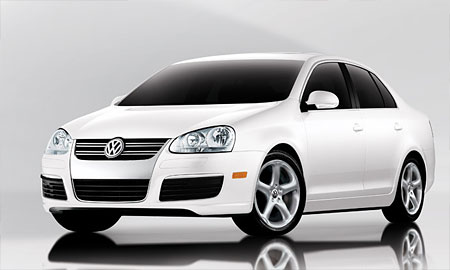 If you’re in the market for a new Volkswagen, your wallet just got a break. VW has cut the prices on the Jetta and Rabbit for the 2007 model year. In an effort to boost sales in the U.S., prices for the flagship Jetta will be $1,410 lower than it currently is. The newly re-emerged Rabbit, which is the Golf by a different name, will come in at a discount of $1,055. It’s not all giving from the German maker, though. In order to justify the lower prices they will be removing from standar features from the cars.

The 2007 Jetta will now start at $17,105 and the Rabbit begins at $15,605. The move marks a change in philosophy for the company in the States. Up until this point they had tried to position themselves as a premium brand. The lower prices, along with the removal of the high-end Phaeton from the American market, position them as more of a mid-level, volume player in the market.