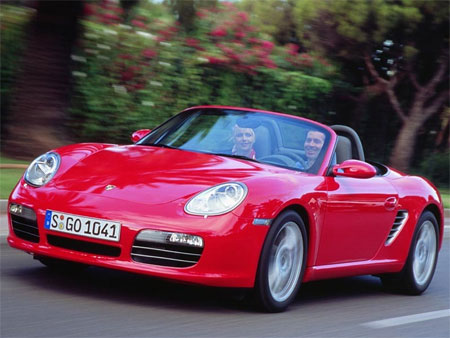 You may not have been complaining about the power under the hood of a Boxster, but it’s going to be even better in 2007. Porsche has announced that both the Boxster and the Boxster S will produce more juice when you mash the accelerator. The 2.7 liter Boxster engine now produces 245 bhp, which is a jump of 5 bhp from earlier models. The cost of the power is fuel consumption. The car now uses 9.3L/100km which is 0.3L worse than it used to be. The car goes 0 to 100km/h in 6.1 seconds and tops out at 260 km/h when equipped with the optional 6 speed gearbox.