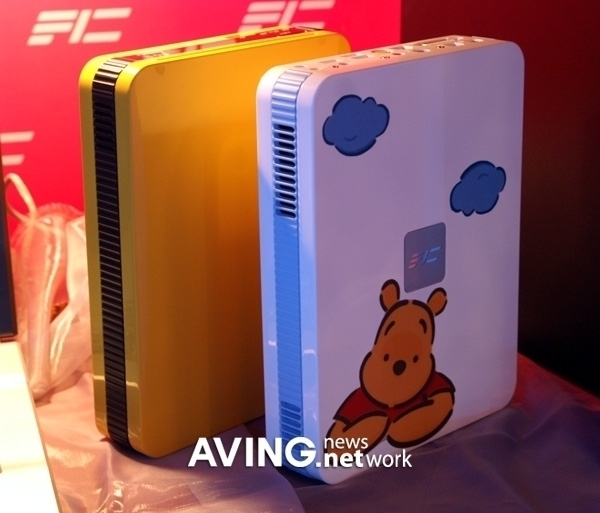 The fine line between laptops and desktops has sure gotten blurry this past little while. Countless companies are releasing notebooks that are much more powerful than what Joe Public is rocking at home, and there are several manufacturers who are making all-in-one desktop solutions that could otherwise be mistaken as a laptop.

While the Mobile on Desktop (MoDT) units from FIC are explicitly designed to be used at a home base station, their size and portability sure makes you think that it wouldn’t take much to transform them into laptops. Don’t feel too secure leaving your desktop behind? FIC is telling you to take it with you.

The GE2 computer, being showcased at Computex 2006 in Taiwan, sports one of FIC’s smallest form factors to date. They’re not telling us any of the particulars, like hard drive size and things like that, though they do mention that it has a “focus on entertainment” and that it rocks Intel Viiv Technology. Best of all, you can order one wrapped in Winnie the Pooh pictures. And who doesn’t want their computer clad in Pooh?