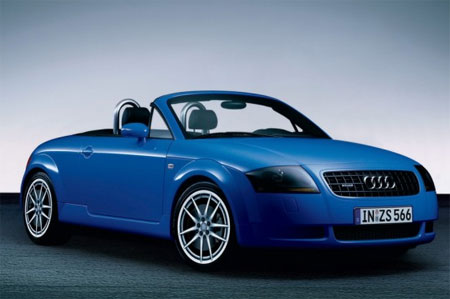 If someone tries to tell you that they drive a 2007 Audi TT, you will know that they are lying. Audi is giving their beautiful little car model a year off in the U.S. before coming back new and improved.

The 2008 model will come back full of new technology. The frame will have a lot of aluminum incorporated into it to reduce the weight and improve handling. The suspension will be a tongue twister – magnetorheological. That’s a version of the electromagnetically semi-active suspension from Delphi called MagneRide. The suspension shows up in several performance cars, including the Chevy Corvette, Cadillac XLR and Ferrari 599 GTB.

There will be a few options under the hood on the new TT as well. You can go basic with a 2.0L turbocharged four-cylinder, or you can pep it up with a 3.2L V6. Transmission options include a manual V6, or an S tronic DSG instead.